A Picture of Reconciliation 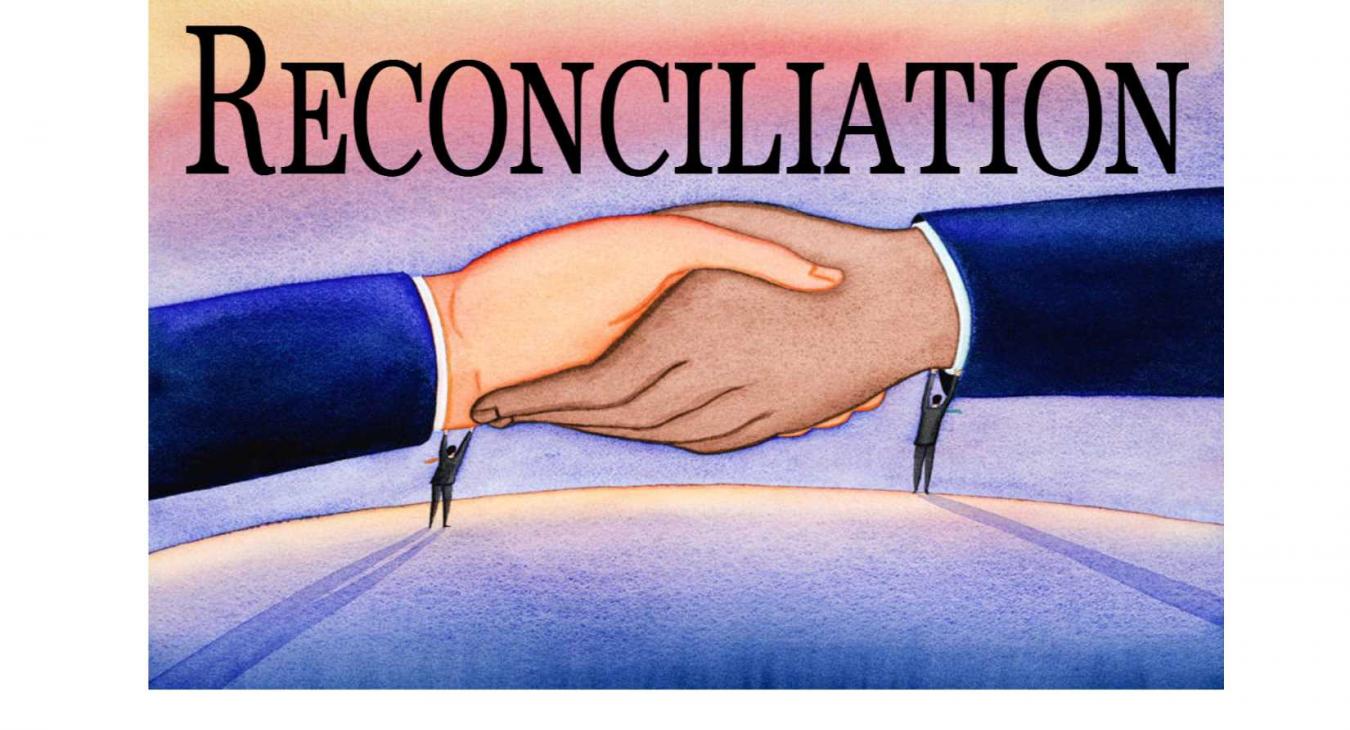 A Picture of Reconciliation

In preparation for a sermon, I was reading through 2 Corinthians 5, and I came across the word, “reconcile.”  I know what the word means, but I have an interest in the origin of words, so I spent a little time researching its roots.  I discovered that the prefix “re” means, “again.”  The rest of the word, “concile,” means “to make friendly,” or something close to that.  Thus, “reconcile” means “to make friendly again.”  The dictionary that I was looking at went back further into the history of the word and said that “concile” comes from two other words: “con” meaning “with,” and “cile” coming from the root which means “to shout.”  With this background, “reconcile” takes on a very vivid meaning.  Picture a school yard where two students have been fighting each other and have subsequently retreated to their own corners of the playground.  Their mutual friends want things to return to normal, and so they shout out to their two friends, “Come on over and let’s be friends again.”  There is a sense of urgency in picture painted in “reconciliation.”  Shouting aloud to bring distant people back together into a friendly relationship is what reconciliation is all about.

I could not leave the word alone, and I wanted to know if the Greek language had the same kind of imagery associated with their word for “reconciliation.”  As is often the case when a word is translated, something is lost, and that is also true here.  The Greek word for “reconciliation” begins with a different picture.  The root word is sometimes used to describe changing money.  In the world of the New Testament, coinage was not always accepted in every place and so when someone travelled, they had to exchange their money for the local currency in order to buy food or pay for lodging.  The Greek word was also used in the sense of altering something, perhaps an article of clothing, to make it fit.  The Greek word also has a prefix (thought a different one from our English word), and that prefix indicates a reversal of some sort.  Thus, the Greek word for “reconciliation” pictures altering something so that it is reversed or different from what it was.  The alteration of a pair of pants to make them fit, thus, might not be the best image.  Rather, the alteration is so complete that the result is entirely different from what was before.  We might think of those TV shows where a car is modified from a family sedan into a hot rod.  Everything is changed to the point that the new car is not recognizable.  Thus, reconciliation in the Greek indicates the result of a radical transformation in which what once was is radically different from what now is.

The picture that the English word leaves us is quite different from the image we get from the Greek, but the two words still do mean the same thing.  Both words indicate radical transformation from what is not good or appropriate to something that is desired, excellent and fitting.

In 2 Corinthians 5 Paul says, “Be reconciled to God.”  We normally think of the process that we need to experience to become God’s “friends” again, and Paul does not ignore that.  He talks about how Jesus gave his life so that we could become reconciled to God.  We like to focus on that process, and it is important, but, because the New Testament is written in Greek, we need to listen carefully to Paul’s emphasis: while he certainly recognizes that it is through the death of Jesus Christ that we are reconciled to God, what is more on his mind in this passage of Scripture is the outcome of that reconciliation, namely that we have been changed already into something new.  In fact, in 2 Corinthians 5:18 he says “When anyone is in Christ – new creation!  The old has gone and the new has come.”  In other words, we are altered people, made into something that is entirely different from what was before.  It is that change in us that enables us to be on “friendly” terms with God rather than on being at enmity with him.

Paul, as he continues to consider the idea of “reconciliation,” calls us to the ministry of reconciliation, calling people to “be reconciled to God.”  The process, of course, is to be forgiven through Jesus Christ, and Paul does not minimize that.  However, his emphasis is on the results of the alteration, namely that we become different people who can have a relationship with God.  As we consider the imagery of the Greek, it is as if Paul is encouraging us to have our friends and neighbours consider how God offers to change us from being unfitting for a relationship with him to becoming part of that new creation which is no longer at enmity with him but counted as acceptable to him and “friendly” with him.

I don’t doubt that we have all experienced times when we were at odds with another, and, I suspect, we all know what it is to experience how unsettling that can be. Sometimes the process of reconciliation can be quite painful, and we may want to avoid it.  Nevertheless, if we consider how much better things will be if we are reconciled, if we have a vision of what could be like if we didn’t experience that discord, we might become much more motivated to seek reconciliation.  We shout out to our family, neighbours and friends the message of reconciliation, namely that in Jesus Christ we can be reconciled to God.  In the process of reconciliation, we ourselves are altered, changed, made into new creations so that we become fitting for a relationship with God.  The message of the gospel, thus, includes a picture of the results of an alteration that is so profound, one that is done in Jesus Christ, that we scarcely recognize what was before and that alteration makes it possible for us to be at peace with God.

We are having service in-person with limited capacity. Social distancing and masks are required.
We continue to live- stream services on You Tube
Nursery is available for children during the services.