I Will Be Your God 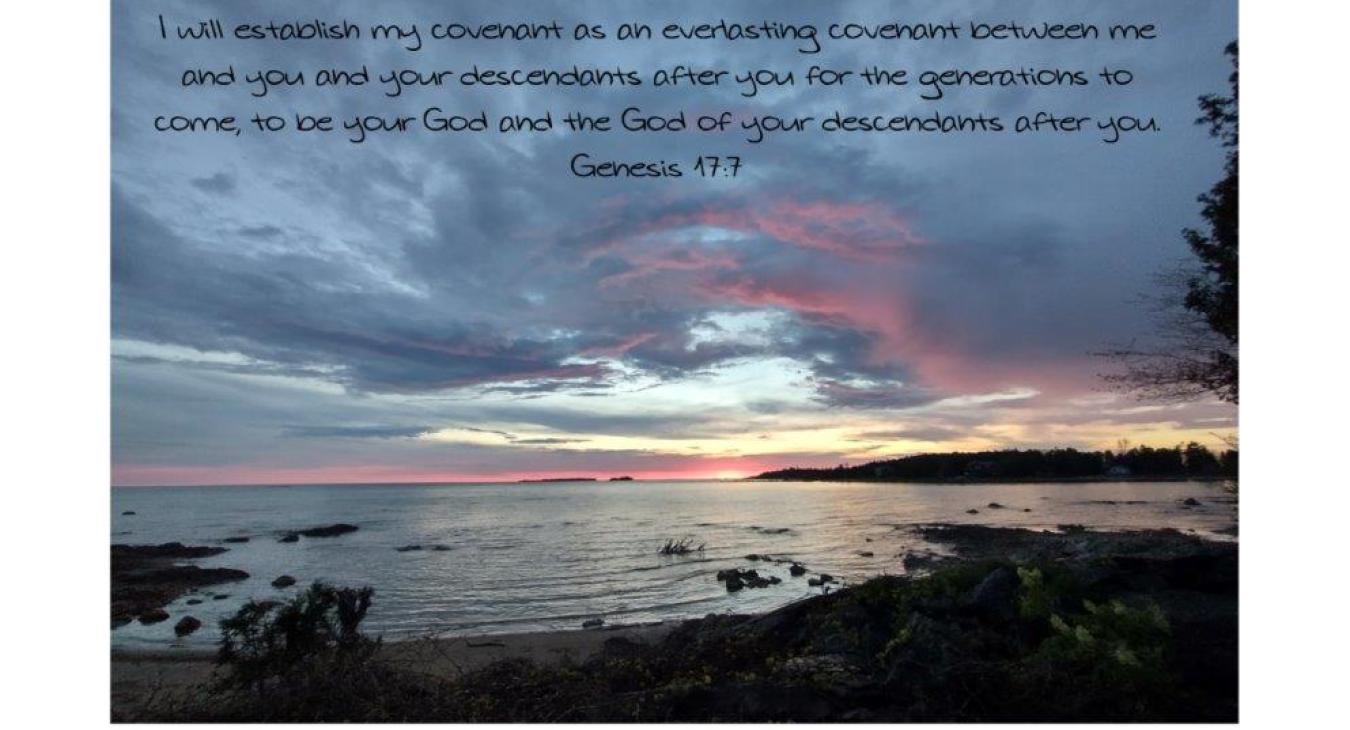 I Will Be Your God

As we probably know, “god” is not a name.  It is not even really a title.  Rather, “god” describes a particular kind of being that is in relationship to another one.  For example, if dogs could speak, your dog might say, “I will be a pet to you” (or, “I will be your pet”).  A pet is an animal which has a special relationship with a human.  Although vastly different from a pet, a “god” also has a special relationship with a human but, unlike a pet, is a divine being.  So, although we capitalize “God” when referring to the Lord, we do so out of respect for who he is and not because it is his name.

When God said, “I will be a God to you” when speaking to Abraham in Genesis 17, as a divine being he was establishing a relationship with Abraham.  We do need to hear that sentence in its historical context.  Abraham grew up in Mesopotamia (the region occupied by modern-day Iran and Iraq), and in Mesopotamia there were many gods.  Abraham was called by God to leave his birthplace and travel to the Land of Canaan.  In Canaan there were many gods as well, but those gods were different from the Mesopotamian gods.  If Abraham were like most other people, he would have brought his own gods with him in the form of idols, but gradually he would have adopted the gods of Canaan.  Gods, it was believed, had power in certain places but not in others, and a migrant such as Abraham would be wise to acknowledge the gods of the place where he was going to live.

But the Lord had a different idea.  He did not want Abraham to adopt the gods of Canaan as his own; rather, he told Abraham that he would be his (Abraham’s) God.  God, as a divine being, was establishing a relationship with Abraham and that relationship had two implications.

First, it was well understood in Abraham’s time that the gods, as divine beings, has authority over the lives of human beings.  The gods made the rules, and the rules were to be followed.  In establishing himself as Abraham’s God, the Lord was also establishing that Abraham would be obligated to live in obedience to the Lord.  The Lord’s rules were in play as long as he was Abraham’s God.

Second, in establishing himself as Abraham’s God, the Lord was also saying that he would be the one who would provide for Abraham and his descendants.  In Abraham’s time, when the people had a need, they would turn to the gods around them, and they would seek their help.  Each god had a specialty, and if the people needed rain, they would pray to the god who they believed could give them rain.  If they needed victory over their enemies, they might well turn to another god.  As we know the Lord established himself as Abraham’s exclusive God, not just as one of many gods.  Thus, the Lord was saying that he would provide for all of Abraham’s needs (and the needs of his descendants) wherever Abraham was.  Abraham would not have to turn to a different god because the Lord was either unavailable or incapable of meeting his needs.

We know that while the Lord remained faithful to Abraham and his descendants, Abraham’s descendants were not always faithful to the Lord.  From time to time they turned to the other gods for their needs, sometimes offering great sacrifices in order (hopefully) to move that god to action.  By turning to other gods, Abraham’s descendants were, in fact, rejecting the claims of the Lord.  Further, they were refusing to acknowledge that the Lord had claim over their lives and that they were live according to his rules.  They abandoned the ways of the Lord over and over again, and they chose to live by a different set of rules and guidelines, often one that another god, so they believed, had put into place.  The Lord tried to show the people their mistake by allowing them to fail and by taking away his blessings, but the people were very slow learners.  Even when they learned their lesson, they forgot quickly that the Lord had promised to be their God.

In the West, particularly in Canada, there has been a radical shift away from recognizing that the Lord is God.  While we do not have the many gods of biblical times, that does not mean that we do not make other things into gods.  When asked the question, “What is the most common god today?” many might respond by saying that it is money.  I tend to disagree.  Rather, in Canada today, the most common god is humanity.  We have taken over the role and position of God.  We have said, “We will make up our own rules and we will live by them.”  In so saying this, people in the West have claimed that they now have freedom, being released from the restrictions placed upon us by the Lord and his ways.  We are discovering, however, that our freedom is not as free as it first appeared.  Life is not better now than it was when the Lord was honoured and remembered.  We have to admit that it might be worse.

And, at the same time, when we abandoned the Lord as our God and replaced him with ourselves, we also lost the ability to seek his help.  Today we have no one to turn to for help, and instead of trusting in the Lord, we are left with no alternative but to believe in ourselves.  If we think about that idea too long, we will come to the conclusion that our faith is misguided, for we know how incapable we ourselves are.  We can do little to solve our own problems, and we tend to create more.

We have said, here in the West, “Let’s be our own gods.”  It is an experiment that is not going well, and, for the main part, our neighbours do not have much hope.  Many have identified our current climate to be one of despair, a lack of hope and vision for the future, for we have had a century of trouble since God was removed from our lives.  Since the Lord has ceased being our God, life in the West has become increasingly unstable and increasingly difficult.  We are not doing well without the Lord.

We are called, as a result, to consider again God’s statement to Abraham, “I will be your God and the God to your descendants.”  The Lord is committing himself to our wellbeing in that verse, and he continues to commit himself to us.  Our response is simply this: to accept that the Lord has offered to be our God and to trust in him rather than in ourselves.  We can be assured that he is committed to us because of what he has done for us in Jesus Christ.